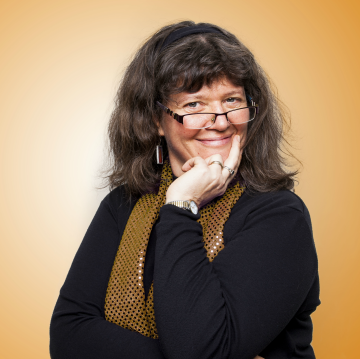 Lorraine is also the Director of the Perfect Chord Choir in Melbourne, VIC. She has studied conducting with Jenny Mathers, has conducted in master classes with Jerry Blackstone, Carl Crossin, Rodney Eichenberger, María Guinand, Graeme Morton, Jodie Spooner-Ryan and Axel Theimer. She is the co-Founder and Artistic Director of the Bahá'í Choral Festival (see photos below) and is a Committee member of the VIC/TAS Branch of the Australian National Choral Association. She is also is a member of the Australian National Association of Teachers of Singing (ANATS) and the Australian Society for Music Education (ASME).

Born in Montreal, Lorraine is a world citizen. She lived in Canada for a combined total of sixteen years, in Belgium for eighteen years, in Israel for two and a half years, in Hungary for one year, and in the US for 6 years. She moved with her husband Alan Manifold to Melbourne, Australia in December 2012 where she has established her private studio. Coming from a family of musicians, music has always been an important part of her life: her father Pierre Hétu was a conductor as well as a pianist and her mother, Carollyn Hétu, a singer and clarinetist.  At an early age, Lorraine studied piano and violin, sang in choirs, and studied music theory and solfège.

Lorraine’s musical experiences are numerous and include concerts with Les Chœurs de l'Union Européenne, Les Pastoureaux, Voices of Bahá -including a concert in Carnegie Hall -- Bahá'í Gospel Singers, the Musica Viva Singers, Cantata Singers. She sang in the Ottawa National Arts Centre’s Ottawa Festival Chorus for the Bach B Minor Mass directed by world renowned Bach specialist Helmut Rilling. In the United States, she sang with the Park Ridge Chorale, the Bahá'í House of Worship Choir in Wilmette, Illinois, and in Australia, she has sung in the Melbourne Women's Choir and with Phoenix Singers.

In addition to music, Lorraine holds a Bachelor of Arts degree in Communications from Vesalius College (Brussels, Belgium).